GOOGLE has replaced their daily doodle with a commemoration to singer Cesária Évora on what would have been her 78th birthday, but who is Cesária Évora, who was often known as the “Barefoot Diva”?

Cesária Évora has been honoured by Google in their daily doodle, on what would have been her 78th birthday. She was known as the “Barefoot Diva” and “Queen of Morna”, and to close friends “Cise”. She was born in Mindelo, Cape Verde and died on December 17, 2011 in Sao Vicente, Cape Verde.

Cesária is a famous Cape Verdean singer, beginning her career in the 1960s, first performing on Portuguese cruise ships and on local radio, before being noticed by a producer.

She was born to parents Justino da Cruz and mother Dona Joana.

Cesária had a difficult start to life, with her father - a part-time musician - dying when she was just seven years old.

She was placed in an orphanage at the age of 10, as her mother could not cope with six children.

When she was 16, she was persuaded by a friend to sing in a sailors tavern.

Cesária grew up at a famous house in Mindelo which housed famous singers from the 1940s to the 1970s.

She was invited by Cape Verdean singer Bana to perform in Portugal, and once there was discovered by producer Jose da Silva and invited to record in Paris.

There, she recorded the single Ausência which was released as the second track of the soundtrack of the film Underground (1995).

Her first album, La Diva Aux Pieds Nus, found her international success when it was released in 1988. 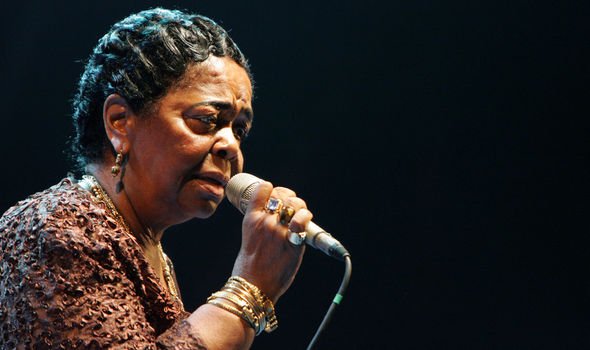