It is Unacceptable that Mamman Daura Lives in the Presidential Villa

According to Aisha Buhari, First Lady of Nigeria, Mamman Daura, President Buhari's eighty-something year-old relative, truly runs the Presidency. Mamman Daura and his daugher have also been illegally living in the presidential villa for over three years while also granting interviews. Aisha Buhari states that Daura is the head of a ruthless "cabal" that has usurped her husband's presidential power.

After rumours recently emerged that the predisent intended to take a second wife, a newly installed minister, Mrs. Buhari quickly returned back to Nigeria from the UK. She has also disclosed that she is often tormented by Duara and his daughter in their home. There has also been a video released featuring Mrs. Buhari shouting in their shared home. The following is her statement surrounding the video: "The person in that video was me. The event happened in the villa under the supervision of my security officers right behind me if you look at the video. But they failed to do anything about it because it was Mamman Daura’s daughter Fatima who shot the video. So, both me and the security, our hands were tied to do anything. And it continues up till today.” Daura's daughter, Fatima Daura has also come forward to BBC to characterize that Mrs. Buhari as violent and destructive, once using a metal chair to crack open a mahogany door. She stated: “There are even other clips that have not been released. I will send them to you to see how she was insulting the security and how she drove them away saying who are they protecting and calling them bloody idiots. It’s all on the video clip." 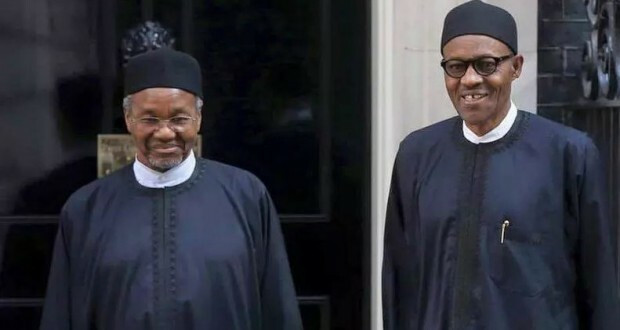 Mamman Daura and President Buhari in the UK (Daily Nigeria)

The affairs of the Presidency appear to be in disarray upon closer inspection with Aisha Buhari having speaken out against the alleged cabal since 2015.The president has since been maintaining silence. According to his wife, his hands are tied and he has long lost control of his administration.