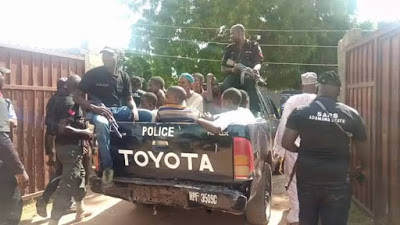 The rescued were said to have been found in dehumanizing conditions according to Suleiman Nguroje, the Deputy spokesperson."They were being chained, humiliated, victimised, subjected to unnecessary torture. They were in chains for 24 hours without feeding and medication."

Arrested were man and his three sons who are said to have been running the center. The victims were found in a one-room apartment not even suitable for up to three persons. They are said to be within the ages of 22 and 46 with two being teenagers.

Have these centers and their deplorable conditions always existed or is this a new trend?